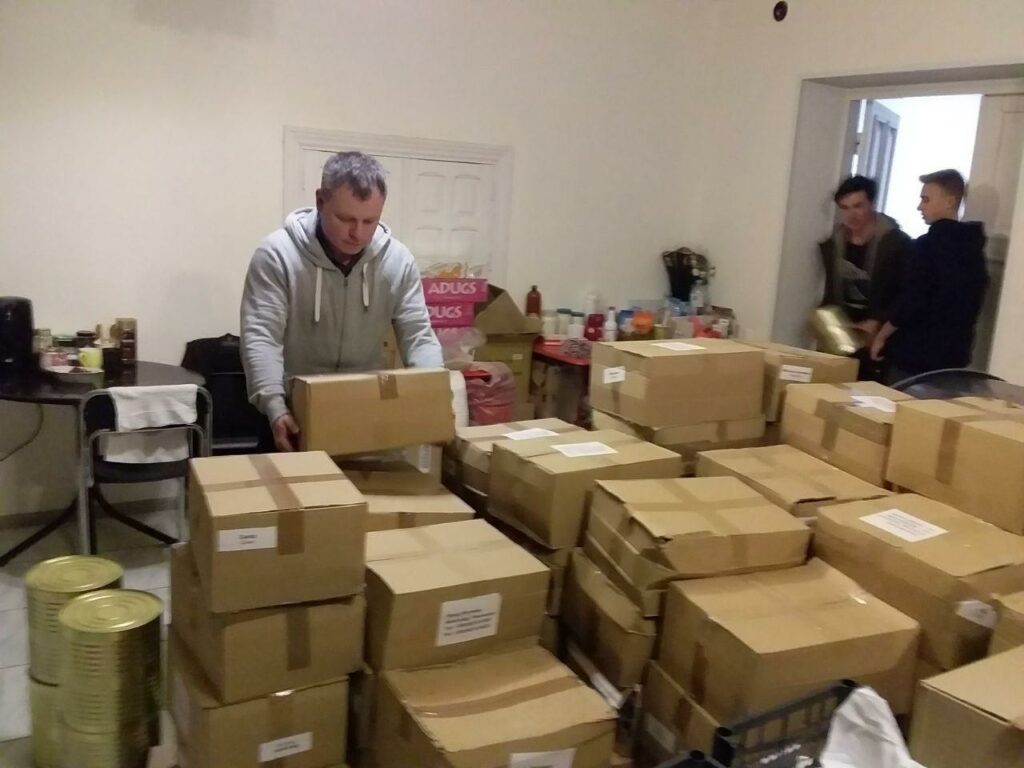 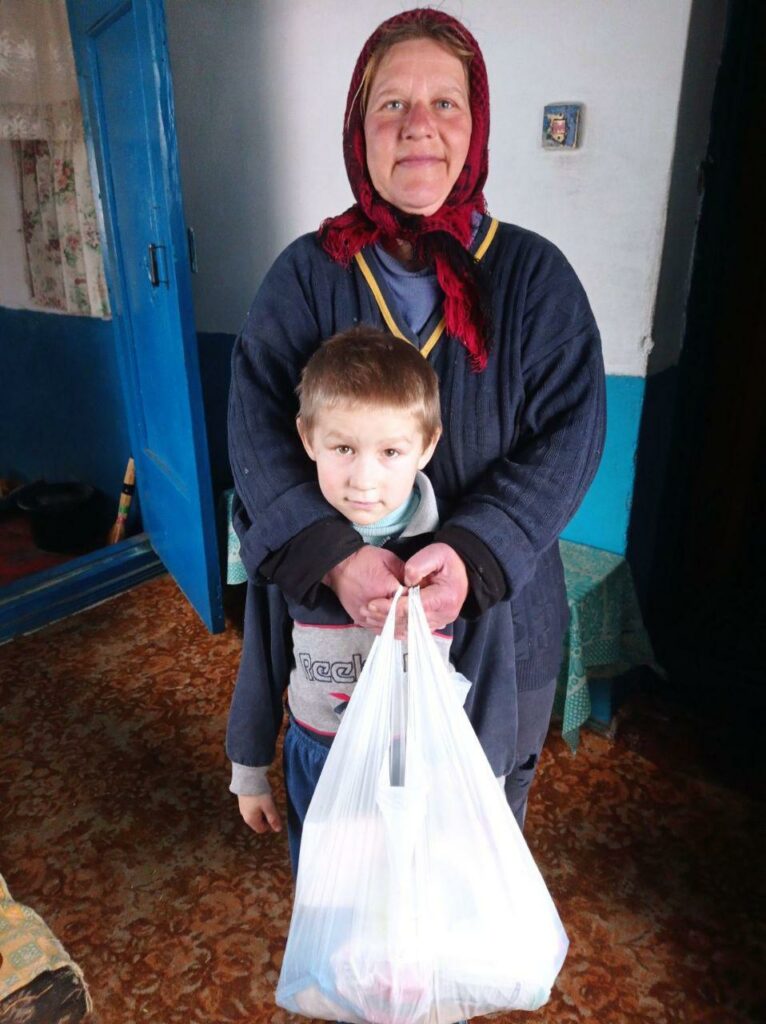 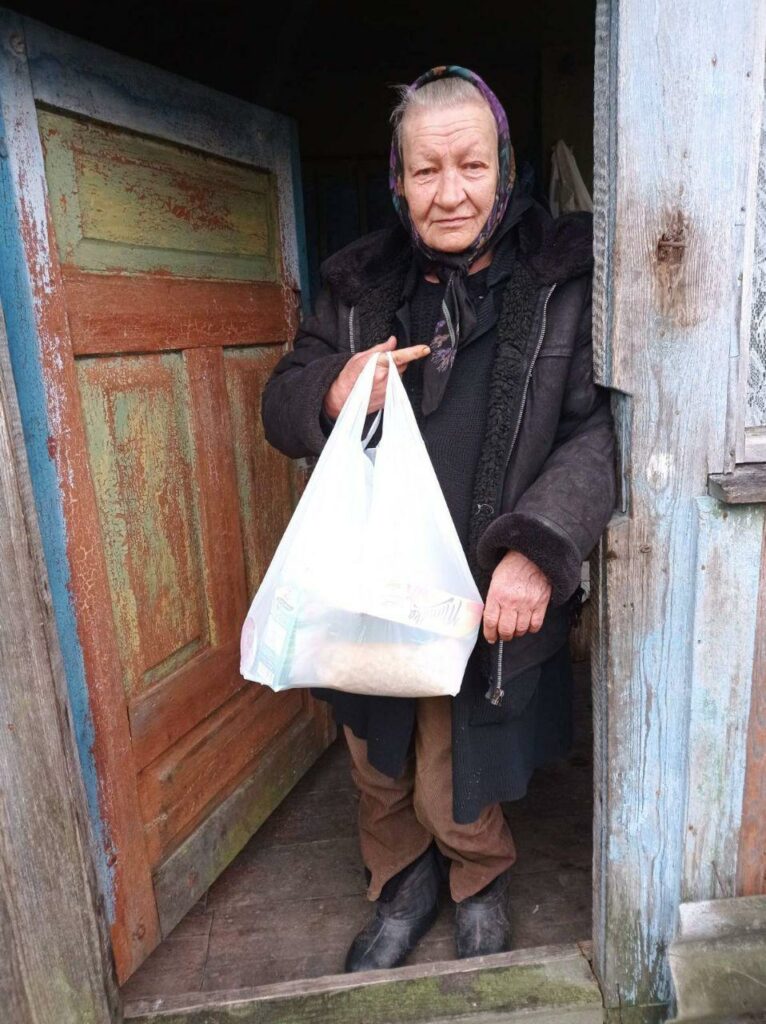 Many years ago, amidst the pressures of early church leadership, Timothy read these words from his mentor; “Thou therefore endure hardness, as a good soldier of Jesus Christ. No man that warreth entangleth himself with the affairs of this life; that he may please him who hath chosen him to be a soldier.” (II Tim. 2:3-4)

This week we would like to share a few stories from men and women who are enduring hardness as soldiers of Jesus Christ. Some have made the choice to stay when they could have fled, or to approach danger when they could have stayed away. Families in dangerous areas had choices to make, and those who stayed are not necessarily heroes above those who left. God honors those who seek His Will and follow in faith.

All these incidents are very recent, some just in the past few days…

A missile had crashed through the roof of Sergey’s house. It hit the second floor and broke apart into three pieces. The explosive fell on down to the first floor where the brothers were gathered but did not detonate.

Military experts said the missile was powerful enough that if it had exploded, it would not only have destroyed Sergey’s house, but many neighboring houses as well.

“I ask for prayer support for our pastor of the Mariupol church “Bethany”, Vasily Ivanovich. As a true shepherd, he refused to evacuate from the destroyed and bloodstained Mariupol for the sake of the few remaining believers in the city from our church. He is under terrible fire, risking his life, visiting his flock. Pray also for his faithful wife Anna, who stayed with him. Pray that God will protect them and the house in which they took refuge. His own house, and the houses of his daughter and son were destroyed by shelling.

This church is also serving as a ‘transit depot’ for refugees fleeing Mariupol. Refugees find a place to rest, hot meals, necessary medicines, fuel, and a testimony of God before they continue their treacherous escape.

Another opportunity this church has seized is ministering to the soldiers. No, they are not doing it to support the army. They are doing it because they see young men enduring physical hardness, sleeping in trenches, standing for hours in the cold, manning checkpoints, and they know there is a better battle these men need to be fighting. Taking hot meals to cold and hungry men allows them the opportunity to tell the story of the King of all armies.

Most in this church have no paying job anymore. But they are busy. Busy because God has provided funds to do these things through brothers and sisters from the US and Canada.

This pastor received a request from an older brother to come have communion with him. The pastor traveled to the brother’s house. With this older brother were his two sons, neither one a Christian. The one son was a drunkard. The father and the church had been praying for his salvation for many years.

After the pastor and the older brother shared communion together, the four men started talking. The drunkard son broke down in tears and repented of the sin and debauchery he was in. The other son did not make a clear commitment, but it was obvious his heart was softened. The pastor left the apartment, rejoicing that a prodigal son had come home.

Within a few hours after leaving that apartment, the building was struck by a missile and the father and both sons perished. We can only bow our heads as we think of the drunkard son possibly hearing Jesus say the same words as did the thief, “Today thou will be with me in Paradise”.

family to come help the neighbors fight the fire and rescue what they could. While they were engrossed in this mission, a missile hit their own house and destroyed it.

The family was saved from almost certain death by being faithful to heed the call to help others.

On March 23, while returning for another group of refugees, Igor’s van was hit by shelling. It took over thirty-six hours until the son was able to retrieve his father’s body. He used a deflated rubber boat and had to drag it by hand for over 2 miles.

Joh 15:13 Greater love hath no man than this, that a man lay down his life for his friends.

This is only a sampling of the many stories God is writing every day. These stories involve many different people, people to give funds, people willing to risk their lives, people needing help. Together, these become the common story of everyone involved. One of the things that amazes us many times is hearing how aid that is desperately needed is shared further because the one who needed it found someone else whom they deemed needed it even more.

Thank you, brothers and sisters, for giving. Your giving has blessed many others in being able to give also.